Two Meetings and a Ribbon Cutting! An Exciting Chamber Week

One week, two breakfasts, and a ribbon-cutting (which may be the first of its kind in a while or possibly ever, but this is still being confirmed). It's been quite a few days in the world of the British Virgin Islands Chamber of Commerce and Hotel Association (referred to as ‘BVICCHA’ or ‘the Chamber’).

On Thursday, 3 June, the Chamber hosted a meet and greet for the newest additions to the National Security Council (the other members are the Premier, Deputy Premier, and the Attorney General) at The Mariner Yacht Club (at the Moorings). HE John James Rankin, CMG was sworn in as Governor for these beautiful Virgin Islands on Friday, 29 January 2021. Police Commissioner Mark Collins took his post officially on 19 April 2021.


This breakfast meeting was an opportunity for the two members to share their priority areas with the businesses represented at the meeting. What may have been more important is that the business owners and reps who attended this meeting got a chance to get their questions answered and their concerns addressed.

Though a lively conversation closed out the meeting, the Governor noted his responsibility for security under the Virgin Islands Constitution. He addressed three key issues before entertaining questions and comments from the attendees:

Governor Rankin welcomed the work of the Chamber and looked forward to working with the business community in promoting a secure and safe Virgin Islands.

Police Commissioner Collins said, “In this new season, priority will be placed in the continued fight against serious and organized crime to make the islands an environment that is unfavorable for groups wishing to engage in criminal activity. No territory, no country strives well when organized crime is allowed to flourish. While it may feel like most of us law-abiders are largely unaffected, ignored, and unchecked, these corrupt enterprises become corruptive, and the far-reaching implications undermine the social and even economic fabric of any society. That will ultimately impact the lives of you and me.”

The following week on 10 June, the Chamber held its first quarterly members' meeting at Maria's By the Sea, which also provided the catering for the breakfast meeting. The members in attendance were given a brief overview of the financial standings of the Chamber and its upcoming events. The bulk of the meeting was spent in an interactive presentation by Nelson Ramirez, Relationship Manager from the National Bank of the Virgin Islands (NBVI). The slides from this timely presentation entitled 'Successfully Managing Your Finances' can be found on the Resources page of www.bviccha.org.

NBVI also, let those in attendance know that their new merchant services were available, and members can contact Linda Daly at the bank with inquiries.

And finally, the Chamber hosted what might be their first ribbon-cutting ceremony, which is a free benefit for all Chamber members, on Saturday, 12 June at Save the Seed Energy Centre in Duffs Bottom.

The day started with a quick setup before the crowds arrived. Owner, Peggy Clyne, was her typical self throughout the entire event: all smiles. As is her nature, nothing or no one could put a damper on her day.

Mrs. Clyne indicated that the concept of 'building blocks' came from seeing actual building blocks around the Virgin Islands as the country was in full-fledged development when she first moved here. She wondered what was being done to build and develop people's minds as well. She explained that the motto for Building Blocks is "Building a better life one block at a time". The idea for the bookstore was born out of the need for a library after the hurricane of 2017. Having played a very big role in starting the New Life Day Care and Learning Center, Mrs. Clyne wanted to 'save the seed' by feeding the minds of those that visited Save the Seed Energy Centre.

"People have the opportunity to bowl and other physical things here at Save the Seed to save the seed. They also needed something in their heads. Books in their heads make changes because books are that powerful," Mrs. Clyne shared as she discussed the history of the concept of building books and the bookstore.

With kind words from the Honorable Premier and Minister of Finance Andrew A. Fahie, Jr. Minister of Trade and Economic Development Honorable Shereen Flax-Charles, BVICCHA's President of Hospitality Chaunci Cline, and Bishop John I. Cline, the event closed out on a countdown to zero and the pronouncement of the opening of the Building Blocks Bookstore!

The Chamber continues to be your Voice of Business by advocating regarding issues that affect businesses, being a resource for all who walk through the doors, and supporting businesses through all milestones such as grand openings.

Executive Director Keiyia George had this to say: "It’s my vision to remain a beacon for all who need it. I am grateful for each person and business that put their trust into the Chamber. As a non-government entity that acts as the liaison between government offices and the business community, it can sometimes get tough out there. My office and I continue to persevere. We have our eyes laser-focused on the goals of the BVICCHA which is to empower, educate, and equip businesses in the Virgin Islands. This is only the beginning!”

Other upcoming events are listed on the Chamber’s Event page on the website (www.bviccha.org).
### 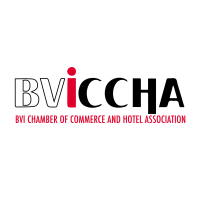